I don’t think I’ve ever written a blog post under an embargo before, but it’s a crisp, sunny Glasgow afternoon, and in 24 hours’ time I’ll be heading across to the main building of the university, for there is to be a press conference. But you probably already know that, since I’ll be publishing this post after it. 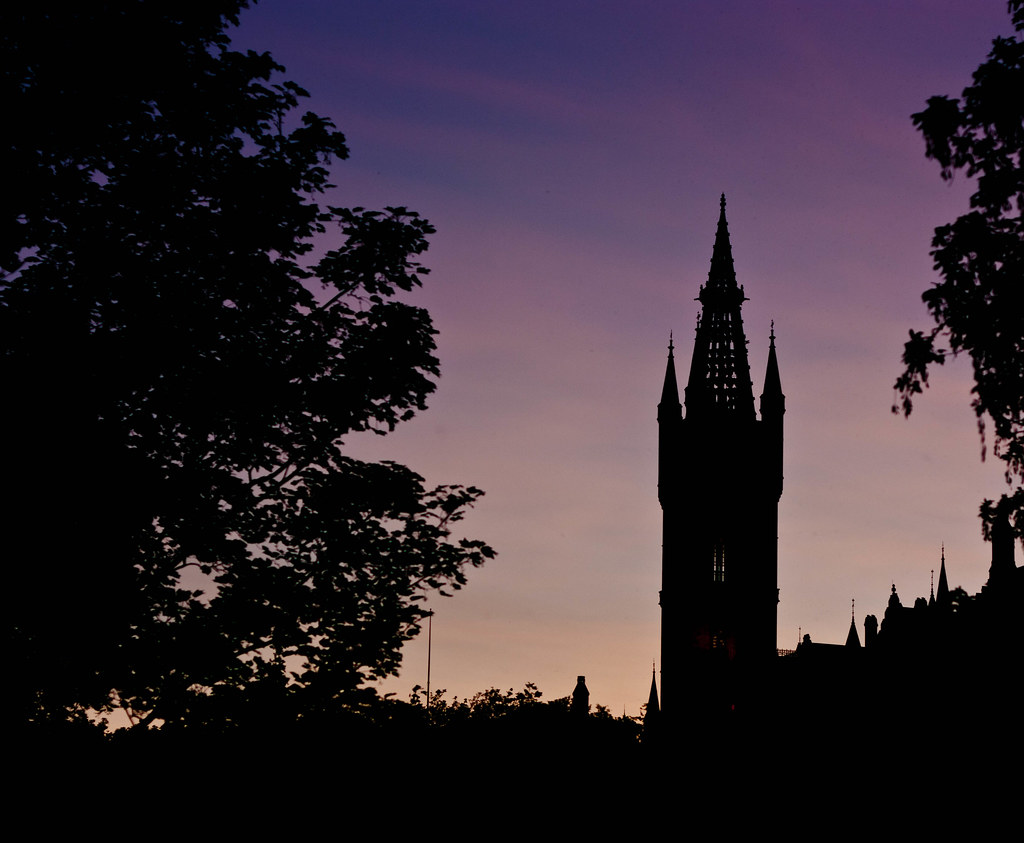 On 14 September I'd just come back to Glasgow to start my PhD.

That means that you’ll probably know what the press conference was all about. You see, I’ve been keeping a secret since I started my PhD. Throughout my undergraduate degree at Glasgow I kept hearing things about Gravitational Waves. I learned about them in my final year during General Relativity lectures, and I even worked with in the group which was searching for them (but I was working on a fun project using data from the Kepler space telescope). But they hadn’t been discovered. Hundreds of physicists and astronomers had been working for decades on detectors, software, and mathematics, trying to find them, but they’d remained completely illusive.

Officially, I started my PhD on 1 October 2015, but being keen, and excited to start into three-and-a-half years of intensive research, I’d started reading a few weeks before hand. On 11 September I applied for membership of the LSC, the scientific collaboration which runs the LIGO detectors. By around 9am on Monday 14 September 2015 it had been approved.

At 9:50am the first gravitational wave to be detected directly passed through the Earth.

Well, I think it’s safe to say that I felt like I was the last person to get onto a high-speed train just before it pulled out of the station. The gravitational wave was first detected by an online burst pipeline (that’s just a piece of software which watches data coming from the detector, and looks for something unusual happening in it), and it made a record in our internal database (something called a “trigger”). It took a little while before the full gravity of this trigger was realised, but one of the very first emails I received from a collaboration mailing list had this immortal line:

I guess, we need to do the detection checklist…

That sentence was probably the first indication that my PhD wasn’t going to have the nice break-in period that some of my colleagues had.

Two black holes about to merge

This image shows two black holes in the moments just before they merge, as they make a few last orbits around each other. Credit: SXS.

Now, before I go any further, I feel I should point out that I’ve had nothing to do with the analysis of the data from the detectors, nor the designing or operation of any of them. I just happened to be in the write place at the right time (I guess that’s just at the right “spacetime” then). I wasn’t prepared to sit back and allow the chaos to go on around me however, and I ended up volunteering to produce the plots for one of the so-called companion papers, the one which describes the analyses which identified the gravitational wave signal, and then worked out the details of the system which produced it. That turned out to be a much less trivial task than I expected, but I reckon they’re pretty nice, as graphs go (Edward Tufte and other graph afictionados will probably have things to say about that though!). That was pretty exciting, and it’s likely to be the biggest paper I work on during my PhD.

Anyway. Back to the story. There had been a lot of talk about a gamma ray burst which had occurred in the week before, and I was quite confused about what was going on. It took a couple of days before I realised that the two events weren’t connected, and that what LIGO had detected was something entirely new. A binary black hole coalescence (where two black holes spiral inwards and crash into each other).

But then… not much happened. It takes a long time to run a sensitive analysis on a signal (even if it was only 0.12 seconds long). I got distracted by all of the things that a new PhD student needs to do (like getting welcomed to the department, the college, the grad school…), and a few weeks went by. There was background chatter about GW150914 (that’s the catchy name which we started calling it once we were confident it was a real signal; that was a major improvement over its older trigger name.). A major, and exciting update came from the group responsible for analysing compact binary coalescences (CBCs) — collisions between pairs of black holes, neutron stars, and binaries made up of a black hole and a neutron star. They held a box opening.

LIGO made it to Astronomy Picture of the Day today, with this illustration of the black hole in-spiral and merger, alongside a plot of the detected waveform. Credit: LIGO/Aurore Simonnet.

In order to prevent interim results from biasing any other analysis, some analyses keep their results secret from everyone. Then everyone agrees to get together, and look at the results for the first time (they open the box), and see if they agree. The box opening for the data collected around 14 September was held on a teleconference. So many people joined the telecon to listen to the results that we actually broke the software which we use (well, we hit a pre-configured limit, but that sounds less exciting). It turned out that the data was consistent with two black holes colliding.

The collaboration’s work didn’t stop. Work started on writing the paper which would announce the discovery in Physical Review Letters, and the collaboration became a hive of activity, writing “companion papers” explaining in-depth the details of how the detector worked, how the analyses worked, and what the implications of the discovery were. By November I’d volunteered to start making plots, and by Christmas I’d got enough data to start making the first drafts. In the end it was a job that would take over my life for six weeks, and would involve me sending hundreds of emails: I’d very definitely ceased to be anonymous in our group.

I’ve not been around long enough to have a vote (quite reasonably you’re expected to do some real science before you get to make decisions like that), but the excitement of waiting for the results in a room full of people who had been waiting decades for this moment was something I will never forget. The tension in the last minute, as the votes were counted, was sickening. The decision was overwhelming. The decision was to announce.

The next week was odd. There was an air of excitement all around our department, but it was tempered by a characteristic caution that physicists develop once their paper has been sent to be reviewed by a journal. There was also nothing any of us could do about it. I was waiting for internal reviewers to bring up suggestions about plots from our companion paper, and so I tried to get on with the work I’d been neglecting since before Christmas.

The day of the announcement drew nearer, and information about the press conference started to solidify. At the same time rumours started to pop up all over the internet (this wasn’t the first time we’d had a rumour event; there had been one in late September, and one in January too) that there would be a press conference, and that we’d be making an announcement about a detection. Keeping quiet about the news was a real struggle (and people are going to have to endure all of my enthusiasm about this which has been bottled up for six months all at once after the press conference). But finally, as I was walking home from the office on Monday, the conference was announced.

And that brings us to the current day.

Today marks the dawn of a new age of astronomy.

There can’t have ever been a more exciting time to start a PhD.

If you’re interested in other people’s perspectives on the big event, including people who were involved in the analysis of the data, and the construction of the detector you should make your way over to some of their blogs:

Christopher Berry, University of Birmingham, who works with parameter estimation — working out what the astronomical bodies which produced GW150914 were like, has written a blog post about his experiences in the collaboration over the last six months, and about the analysis of the data from the detector on his blog

Matt Pitkin, University of Glasgow, who also works in data analysis (and shares an office with me!), has a great post all about the science of gravitational waves and the discovery, and what he was doing when the gravitational wave passed through the Earth over at his blog, Cosmic Zoo.

Shane Larson, Northwestern University, has an article on the Harmonies of Spacetime.

Sean Leavey, University of Glasgow, has a different perspective on events, as an instrumentalist, and has a blog post here

Andrew Williamson, Cardiff University, also has a post about the detection.

Brynley Pearlstone, University of Glasgow and LIGO Hanford Observatory, is at the observatory on a long-term attachment, and has written about how Einstein was right, and his own experiences of the detection process, working at Glasgow, and even covers some of the science over at his blog.

Rebecca Douglas, University of Glasgow, has put together a timeline of the efforts to detect gravitational waves, and has some thoughts on the future of the field at her blog.

Amber Stuver, LIGO Lab Livingston, has a blog post about the first ever detection, and her perspectives from working at the detector in Louisiana.